Trumpeter/Composer Dave Ballou can be heard in a variety of settings; from solo trumpet improvisations to large ensembles performing notated compositions. His recordings as a leader can be found on the Steeplechase, CleanFeed and pfMentum record labels.  Ballou has performed or recorded with ensembles led by Rabih Abou-Kahlil, Steely Dan, Michael Formanek, Woody Herman, Andrew Hill, John Hollenbeck’s Large Ensemble, Sheila Jordan, Oliver Lake, Dave Liebman, Joe Lovano, Dewey Redman and Maria Schneider.  Ballou worked closely with the late Gunther Schuller performing as soloist on the definitive recording of Journey into Jazz with the Boston Modern Orchestra Project, and as a featured soloist for the world premiere of Schuller’s Encounters. He was an orchestra member for the Tony Award winning Broadway revival of 42nd St. (2001-2004). Currently, Ballou is Professor of Music at Towson University in Towson, MD where he is the leader of the Jazz/Commercial Music program.

The Meridian Arts Ensemble, The TILT Brass ensemble and the Monarch Trio have all performed his compositions. His work for solo trumpet, Samskara,  has been recorded by Jon Nelson. University of Michigan French Horn professor, Adam Unsworth, performed an adaptation of Samskara for horn. Ballou received an Individual Artist Award from the Maryland State Arts Council in 2009 and 2015.

Ballou is a Professor of Music at Towson University and division leader of the Jazz/Commercial music division and director of the Bill and Helen Murray Jazz residency. He teaches classes in Jazz history, Jazz theory and improvisation, Jazz arranging, studio jazz trumpet, and improvisation for all instrumentalists, jazz composition and coaches small jazz ensembles including the improvisation ensemble. He has taught at the Litchfield Jazz Camp, the Maryland Summer Jazz Camp, the Maine Jazz Camp and The Banff Institute.

Born in Peace Dale, Rhode Island Ballou was drawn to the trumpet at age 11 and quickly was excited by the sounds of jazz trumpeters Clifford Brown, Woody Shaw, Maynard Ferguson, Clark Terry, the Thad Jones Mel Lewis Orchestra as well as classical trumpeters John Willbraham and Bud Herseth. His early trumpet studies were with RI philharmonic trumpeter Julio Tancredi. He began working gigs at the age of 16 playing society gigs in the mansions of Newport and Italian Festival parades in Providence, RI. After brief study at the University of Rhode Island, Ballou attended the Berklee College of Music. There he studied with Herb Pomeroy, Greg Hopkins, Jimmy Mosher and Greg Fritze. Other teachers have been George Garzone, Jerry Bergonzi, Hal Crook, Laurie Frink, Charles Schlueter, Jeff Stout and Paul Caputo.

Tours with the big bands of Tommy Dorsey (led by Buddy Morrow) and Woody Herman (led by Frank Tiberi) followed studies at Berklee. He then attended the University of New Hampshire and received a Master’s of Art’s degree in 1992. At UNH he came under the direct influence of the jazz great Clark Terry.

Ballou has worked many types of gigs in the Boston area during and after his studies at UNH. He was also a member of the bands Orange Then Blue and the Either/Orchestra.

In 1994, Ballou moved to New York City. Seeking a community in which he could grow as an artist and be surrounded by like-minded musicians, he settled in Brooklyn and took part in the vibrant scene there. In NY he played Broadway shows , recording sessions and many jazz concerts with some of his heroes: Joe Lovano, Sheila Jordan, Tim Berne, Billy Hart, Dewey Redman, Michael Formanek and Dave Liebman.

Ballou joined the faculty of Towson University in the fall of 2004. He became to coordinator of the Jazz and Commercial Music division in 2006 and has worked to reconnect the Jazz program with the community of musicians influenced by former TU music professor Hank Levy. Ballou has become recognized as an innovative pedagogue in the teaching of improvisation and composition. His students have become leaders of the improvised music scene in Baltimore.

Ballou continues to perform with innovative improvisors and composers. Recently appearing with on recordings by Denman Maroney, Mario Pavone and Grammy nominated John Hollenbeck Large Ensemble. He continues to develop as an instrumentalist, composer and teacher. 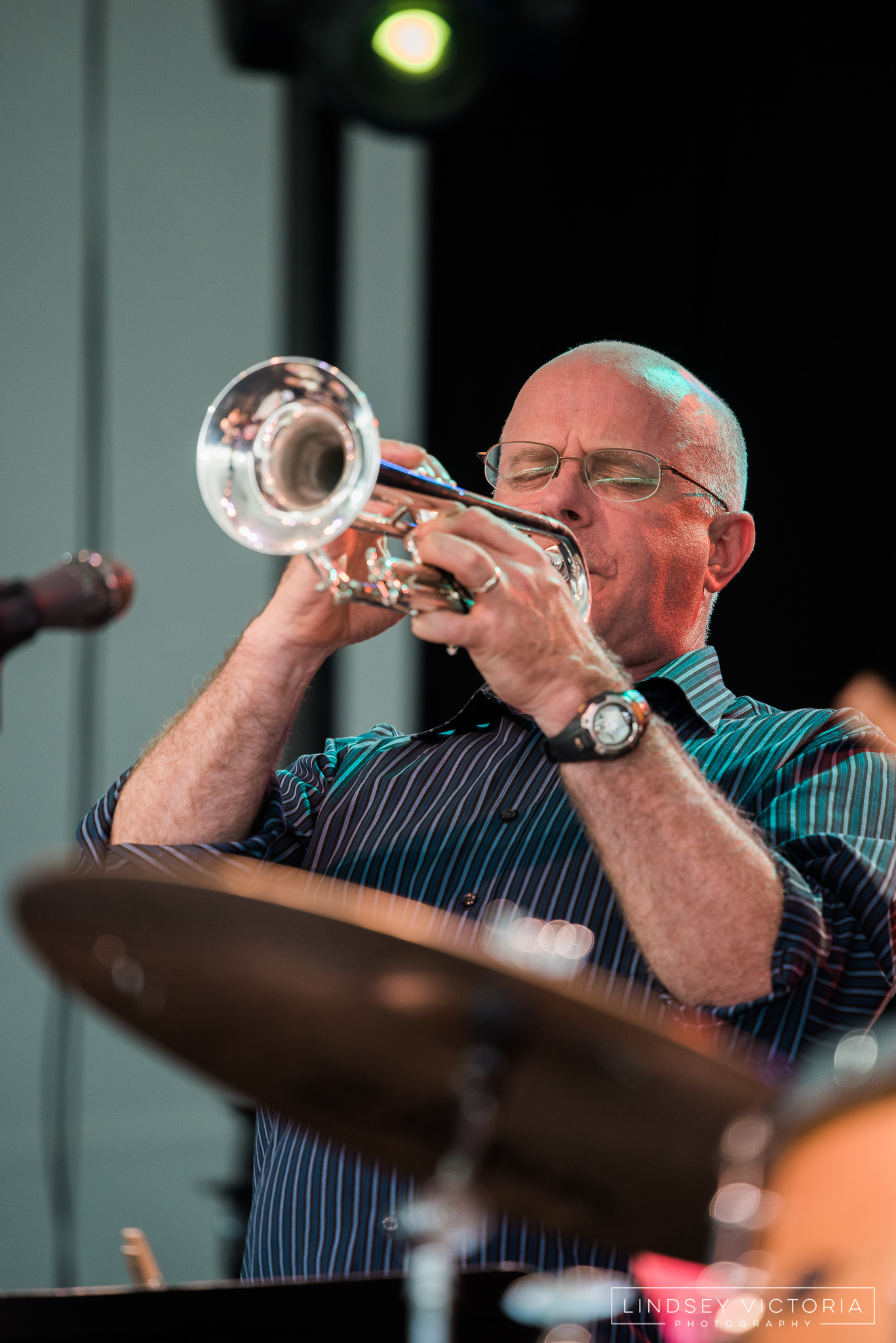